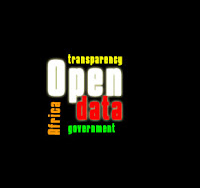 From Johannesburg to Lubumbashi, Lagos to Bamako, Algiers to Djibouti, Mogadishu to Nairobi, one of the greatest challenges in researching lessons, monitoring and evaluation of human development in these and other African states is the lack of available quantitative and qualitative data, due to challenges of security and access, along with low statistical capacity. As reiterated in the World Development Report 2011, Institutional transparency and legitimacy still remains the key to stability – before basic institutions can be transformed in Africa,there is much need to restore public confidence in basic collective action by the principal government and MDAs by giving free access to data.
while technological advancements have produced radical shifts in the ability to reproduce, distribute, control and publish information, the Internet in particular has radically changed the economics and ease of production of data. Generating and sourcing for data costs are now much lower for both the rights holders (content owners) and infringers- journalists, public analysts, hackers, and coders in Africa and the world at large.
One consequence is an erosion of what were once the natural barriers to infringement, such as the expense of reproduction, and the decresing quality of successive generations of data using the traditional media.In Africa, the penetration of mobile technologies have also radically changed the distribution of data, with transmission speeds approaching a billion characters per second, enabling sending of information worldwide, cheaply and almost instantaneously.
In recent times there has been an uprising of Journalists, Public Analysts, Systems Analysts that are becoming interested in data from different government of the world. The Open Knowledge Foundation remains the greatest stakeholder in the campaign for Open Data, however, its prescence in Africa is still yet to be far-fetched. As Transforming institutions emerges in trickles in few African countries, initiatives like “Where does my money go”, “Weaving History”, Localocracy, Earmarkwatch.org, OpenCongress.org, Punch Clock Map and the Open Government Data Camp in Warsaw, Poland should be emulated by collaborative, inclusive – enough coalitions. Perhaps, if governments in Africa decides to still make data elusive from the public, then the public will make it available, might be the age of citizen investigation and reporting.
ShareTweet