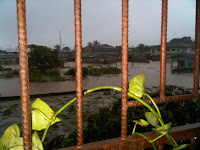 As African nations join all other countries at another round of international talks on Climate Change at the United Nations Framework Convention on Climate Change (UNFCC) in Durban, South Africa, it still remains clear that the continent will be the worst hit by the effects of climate change that it contributed the least to. Perhaps, one could have agreed that the Kyoto agreement was signed by the Conference of Parties (COP) all because of developing countries, and in particular – Africa.

The Kyoto agreement which was to help reduce greenhouse gas emissions by 5% will come to an end by 2012, which suffice it to say that for Africa to get a good deal in Durban, there must be a new agreement, and a new round of greenhouse gas emission cut, if not as much as 30%. But with reports filtering in, most of the world’s leading economies now privately admit that no new global climate agreement will be reached before 2016 at the earliest, and that even if it were negotiated by then, they would stipulate it could not come into force until 2020.

Even as the World Meteorological Organization (WMO) reports that levels of carbon dioxide have reached 389 parts per million, a 39 percent increase since the beginning of the industrial era in 1750.“This is primarily because of emissions from combustion of fossil fuels, deforestation and changes in land-use,” the WMO bulletin states. Nevertheless, Africa must be ready to adapt and mitigate the effects of climate change in order to reduce the impacts that have been felt in the course of the year.

While growing up in the south western part of Nigeria might be challenging, it is quite glaring that there has been a change in the climate and weather patterns. During the year, we have seen sea level increase from the Ogun River, the River Niger, and the Ogunpa River resulting into thousands of deaths, Internally Displaced People (IDPs), and building collapse.

Moving up north to Sudan, it’s been a dry year with the Sahara Desert advancing more and rainfall down 30-40% in few decades, and still they struggle with the ruins of war; to the East has been the drought that has continued to ravage the horn of Africa, especially Somalia, the third in ten years, threatening half of the population. In other African communities, agriculture has been affected by low rainfall or extreme weather conditions, thus, generating much talk about food security in Africa.

To show how crucial the climate talks will be for the future generation of Africa, there has been an African Youth Climate Justice Caravan movement from Nairobi to Durban, to help sensitize and create awareness about issues surrounding climate change, and much need to listen to youth’s plight as it concerns environmental sustainability and climate change mitigation.

The African continent is faced with more challenges than it could have been able to handle – with Leadership problems being the bane of development, it cannot afford to allow the deeds of external forces or bodies to affect her poise for a sustainable society. African delegates must be able to negotiate for a fair deal, and initiate an agreement for an ambitious greenhouse gas emission cuts; an outcry for accessible and effective Global Climate funds and technology transfer for mitigation and adaptation to climate change effects must shake the city of Durban, Africa and the world at large.

Nevertheless, Africa still needs a plan, not to change the climate, but to slow the rate of change and enable those already affected to adapt to the new world, which they didn’t choose; and to kick start a new path to prosperity-sustainable development-where people who have yet to make poverty a distant memory can leapfrog into a low carbon future.

One thought on “AN OUTCRY FROM THE RIVER BASIN: AFRICA AND THE UNFCCC CLIMATE TALKS”