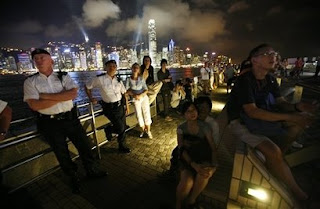 AS THE CLOCK TICKS!
Alex Porchton, a middle aged new Zealander that belongs to the bourgeoisies wakes up every morning thinking about what each second and hours of the day will look like. His always faced by the challenges of his work, but atimes his fear weighs him down that probably one day, he might lose the Job!

Somewhere, in Sydney, an hour later, Kewell Jones wakes up to a bright morning, and the thought of the foreign exchange market overwhelms him. His always consoled by a little piece his mother gave him at her bedside when she was about leaving the world. It was signed “to my dearest son – the world is always a better plays to live in, it all depends on your perspective to it”.

On the streets of Tokyo houses Nakata Hiroshima’s one stop shop. He had no choice than to sleep in his shop everyday; he said he fears burglars! He just got up and he’s thinking about his wife-Oshino Hiroshima, she just got a job with one of the multinationals and she’s allowed to see her family for just 5hrs in a week! Pretty awful you think.

On the other side of the world is Terry James, the beggar. He wakes every morning by the River Thames, he has no home, but depends on the people on the streets for food. Poor Him- he feels nobody cares about him in the world.

Mattan Yorke, stays on Manhattan in New York, he has more money in his HSBC account than any of his colleagues that just retired from Budweiser. Unfortunately, he’s cancer stricken and lives alone. John and Jane, his two children don’t stay with him any longer because he filed a divorce against their mother.
…what a world we live in, but this will never cease to happen. But one thing is certain, in whatever situation we find ourselves, lets be good to the world. Maybe a time will come when this will all be over, definitely! Thinking when?